In your daily life, you have probably come across Roman numerals and wondered why we still feel the need to use them today.

We will clarify how to convert Roman numerals into numbers in this article and provide you with several converter charts of Roman numerals, which you can use to learn and study this ancient numerical system. 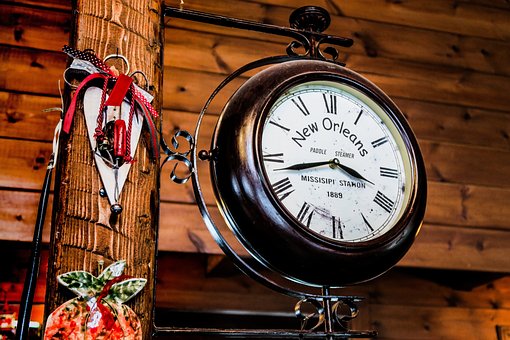 While the system of Roman numerals is very old, it still appears in some cases. It is common to use the Roman equivalent of the year of production for the final copyright notice in filmmaking. In printing, the numbering of the material page and index is also viewed in this way.

The numerals can be combined using a set of basic rules to construct all the numbers between one and four thousand.

The first rule is that the letters, with the values of each being additive, can be repeated several times. This implies that I is one, II implies two and III is three. In modern depictions, however, IIII is not right for four, as we can see in the third rule.

The second rule notes that, to begin the additive mix, the larger numerals must be put to the left of the smaller numerals. So VI is equivalent to six and 1,661 is MDCLXI.

The third rule comes with a big value to be put to the left of a small value numeral. For eg, IX, where this happens, the smaller number is subtracted from the larger one. This implies that nine is IX and four is IV.

The digit subtracted must be at least one tenth of the larger numeral’s value. Ninety-nine, therefore, is not IC, but rather XCIX. The XC segment represents 90 and the IX add 9.

Finally, there seems to be little knowledge that shows that there was a notation for zero originally in the method. However, in a text from around 725AD, the letter N was used to indicate zero. In the algorithm, this will be used.

Rules for Represent the Roman Numerals

The use of combinations of these letters within several given rules enables numbers to be represented. The following parts define the laws.

A single message, with each occurrence of the value being additive, can be replicated up to three times consecutively. This implies that I is one, II implies two and III is three. IIII for four, however, is inaccurate.

To begin the additive mix, larger numerals have to be put to the left of the smaller numerals. So VI is equivalent to six and 1,661 is MDCLXI.

A larger value may be put to the left of a small value numeral. This implies that nine is IX and four is IV. The digit subtracted must be at least one tenth of the larger numeral’s value and must be either I, X, or C.

In addition, no more numeral or pair can match or surpass the subtracted value once a value has been subtracted from another.

In each Roman numeral, numerals representing numbers beginning with a ‘5’ (V, L and D) may appear only once. XVI, but not VIV, is permitted by this law.

The fourth rule compares the value scale, as read from left to right, of each numeral. From one letter to the next, the value must never increase.

This rule refers to the total meaning of the two numerals involved in the subtraction as opposed to the previous letter, where there is a subtractive numeral. This implies that XIX is appropriate, but not XIM and IIV.

Lines are applied to each letter to reflect numbers that are four thousand or greater. A line above a letter, for instance, multiplies its value by one thousand. The Roman numerals are VVVVVV to represent 15,015. In the algorithm, this rule is not applied, because the code is restricted to values up to, though not including, four thousand.

There is very little knowledge that shows that there was a notation for zero originally in the scheme. However, in a text from around 725AD, the letter N was used to indicate zero.

An ancient numbering system which originated in Rome is the Roman numerals. As you probably know, they are very different from the Arabic numerals, or the digits 0, 1, 2, 3, 4, 5, 6, 7, 8, and 9, that most people and cultures use today.

Roman numerals are a tight system with just seven symbols, unlike Arabic numerals. 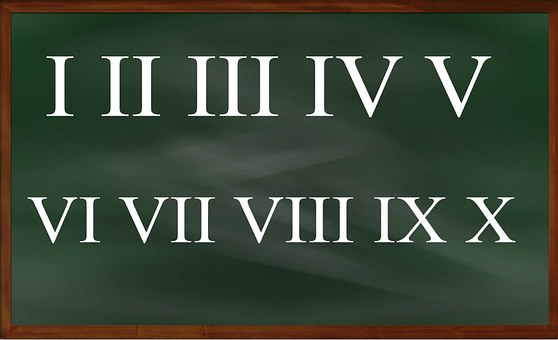 If a numeral is preceded by one with a higher meaning, subtract the first from the second. “Read IV as, thus, “1 less than 5,” which is 4.

Roman numerals are a numerical device that uses the letters of the alphabet. Today, it is still used occasionally, especially when representing years.

You should know, first of all, the letters represent the numbers.

Within the number, locate the largest symbol. This should be either the first or the second symbol.

Count how many times it appears in an uninterrupted row if the largest symbol appears first. This is expected to happen between one and three times. Multiply the number of appearances by their value and add this sum to the total.

Subtract the value of the symbol before it from its value if the largest symbol appears second. To the number, add this sum.

For the numbers you have not yet accounted for, repeat steps 2-4.

To find the total value of the entire numeral, add the values of each number set. 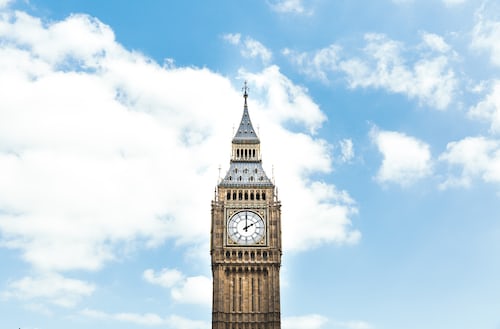 How to Remember Roman Numerals:

You’re not always going to have access to Roman numeral converter charts like the ones we showed you above, so how do you make sure you know how to read Roman numerals correctly?

To help you remember Roman numerals and how they work, here are three strategies you can use.

Memorize a Computer for Mnemonic

By using a simple mnemonic device, many students find it easier to memorize the seven Roman numerals. By remembering the letters used to represent them from smallest to largest, or vice versa, such a system will help you remember the Roman numerals.

These messages, once again, are as follows:

Some popular mnemonic devices are here:

Some people tend to memorize Roman numerals by associating the letters and numbers they represent with particular associations or by thinking about certain words/phrases (not necessarily mnemonic devices).

In terms of word associations or acronyms, some individuals assume. For example, the Roman numerals L, C, and D might remind you of an LCD computer monitor.

To make a figure that looks like the Roman number I, start by putting up just one of your fingers. Thus, one finger = I. Simple enough, no?

Now, with one hand, make a V-shape by pulling your thumb away from your four other fingers. In a V-shape, five fingers should remind you that the Roman number V is equal to 5.

Lastly, with both your hands, make an X. Doing this should make you see that the Roman number X, or 10, corresponds to 10 fingers in an X-shape.

Why do you Have to know what Roman Numerals Are?

In a lot of cases, Roman numerals are still used today, so it’s important that you learn how to pronounce them.

Here are three prime examples of occasions when you can see the use of Roman numerals:

Analog clocks: Roman numerals instead of Arabic numerals are used by many clocks, including Big Ben in London, typically to give off a more conventional or old-fashioned look. (Note that, instead of IV, many Roman numeral clocks display 4 as IIII.)

Movie release dates: Movie release years usually appear at the end of credits in Roman numerals and on the backs of DVD and Blu-ray cases.

Super Bowl: Every year, the extremely famous Super Bowl is marketed in Roman numerals (so far, Super Bowl 50 was the only game not to use Roman numerals, presumably because L is not an attractive numeral on its own).

Although Arabic numerals far exceed the number Roman numerals in terms of the range of situations in which they are used.

How do you translate numbers from Roman numerals?

How would you change the numbers of Roman numbers to Word numbers?

To convert to Roman numerals, in the Insert Ribbon, click the arrow next to the Page Number icon in the Header & Footer group, and then select Format Page Numbers to set the number and the numbering style to ‘start at’. In the next section, scroll down to the first page (where your chapters start) and click the footer.

While Roman numerals formed in ancient Rome and are not used much today in daily life, they are still essential to remember, especially if you’d rather be able to read traditional analog clocks and years for things like releases of movies.